PHILEO - Do You Know What it Means?

After the destruction of Supertyphoon Haiyan/Yolanda, the leaders of our ministry here in the Philippines decided it was time for us to create, train, and equip a response team. Along with a former US Marine who has now served with YWAM Philippines for a couple of decades, our family has worked hard to establish the PHILEO Response Team.

The PHILEO Response Team is a group of trained volunteers. Our heart is to be hands of mercy in times of need.

We have held two sessions of initial training so far. In May, we held the training here in Baguio City. Just a couple of weeks ago Alexie and I traveled to Talisay on the island of Cebu to facilitate the second session. During the course, participants are stretched physically, mentally, and spiritually as they learn the basics of first aid, water rescue, search and rescue, rope rescue, relief distribution, and living in disaster zones. At the end of the week, everyone is looking forward to sleeping in a bed, eating something that wasn't in a can, and taking a bath. But at the same time, they feel they have gained a lot of skills, made some new friends, and learned more about themselves.

When we were in Talisay, we had our first official PHILEO response. As we were hiking, we came upon a motorcylist who had several cuts and abrasions after falling trying to avoid hitting some dogs in the road. We cleaned and bandaged his wounds and prayed for a quick recovery.
The Philippines regularly experiences earthquakes, landslides, volcanoes, and storms.  Just this week Typhoon Glenda threatened the southern portion of Luzon, which includes the densely populated region of Metro Manila.

If you are interested in helping equip the team, please check out the equipment registry we have established at myregistry.com. Consider purchasing one, or several, items to equip us to be hands of mercy in times of need.
Posted by Thomas and Lisa at 2:46 PM No comments: 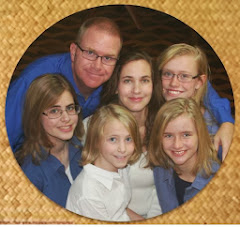